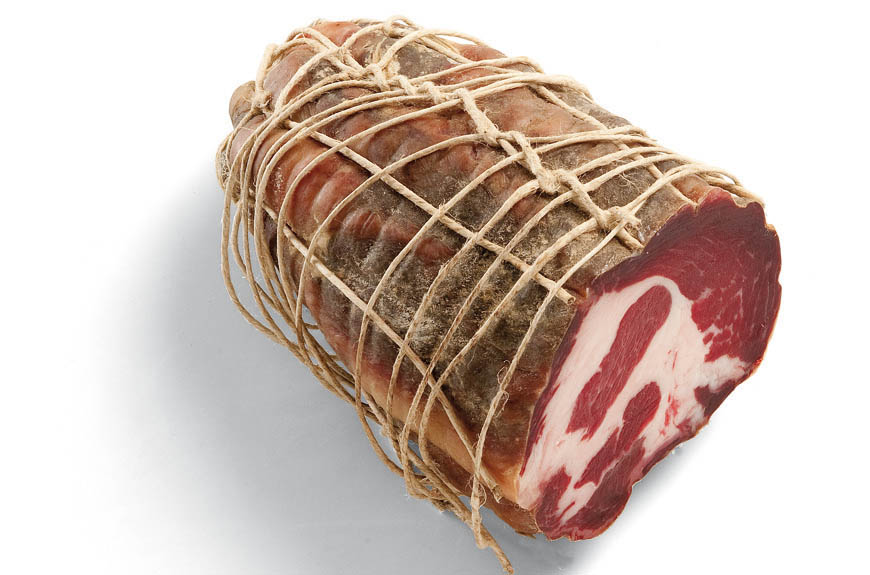 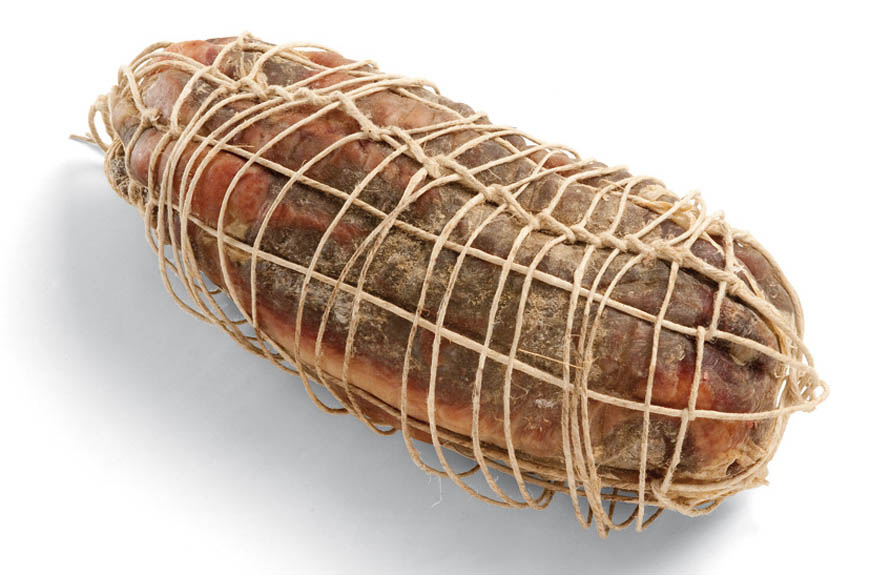 More on our Coppone di Maiale Nero (cured pork neck from black pigs)
The black pig which grazed on the pastures of Parma during the Roman Empire is an ancient, free-range breed native to the region. To find out more visit www.salumificiopedrazzoli.it/il-nero-di-parma/
Coppone, however, originated from a tradition passed down among the families on the farmsteads of the plains, where this deli-meat specialty – one of the most highly-prized products – would be eaten on feast days, or given as a particularly significant gift. A long time ago in rural areas, coppa was in fact used as a sort of bonus, with land owners offering slices of it to their harvest workers to encourage them to work harder.
The unsaturated fat of this pig can once again be enjoyed, enhanced through the product’s long maturation process, in our Coppa from Nero di Parma black pigs. The product takes its name from the part of the loin closest to the neck of the black pig, where the fat and lean meat of the animal intermingle. An important feature of the product is the marbling i.e. the pink fat which infiltrates the colour of the lean meat. Particularly mild and distinctive in flavour, this coppa is unique because of its delicate “musty” aftertaste, developed over a long maturation period (at least 5 months).RECOMMENDED PAIRINGS: Thinly sliced, this makes and excellent hors d’oeuvre served with lightly toasted bread.