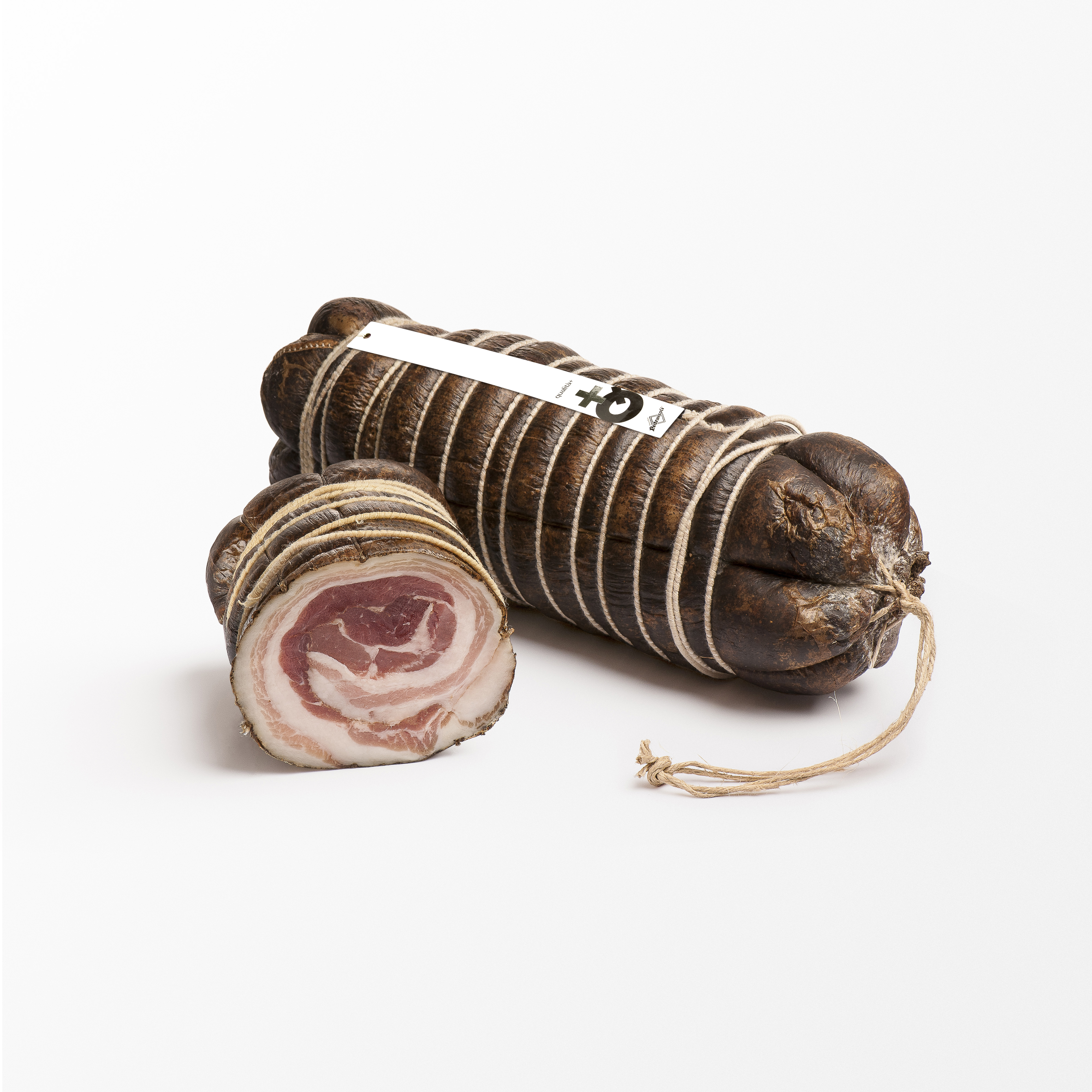 More on our La Nera Pancetta di Maiale Nero (pancetta from black pigs).
Pancetta has ancient roots dating back to the Roman Empire, when the legionnaires would be given a slice every three days. In later times, it was used as a means of payment, during the ancient Lombard era, for example, when construction workers would be paid with pieces of pancetta at the beginning of the working season. Up until the mid-20th century, pancetta was considered one of man’s main nutritional sources of energy.
The main distinguishing feature of pancetta from black pigs (for more information on the Nero di Parma black pig visit www.salumificiopedrazzoli.it/il-nero-di-parma/) is its characteristic layer of “soft and white” fat, which, mingling with the lean meat, results in a particularly sweet-tasting product. After removing the rind, we salt the pancetta by hand, respecting the slow rhythm of artisan salting, for no less than 15 days. Next, we roll the product in ground black pepper, stuff it into a natural casing and tie it by hand. The product is then tied and left to mature in the cellar for at least 4-6 months. The finished product develops its classic cylindrical shape. The pepper and cloves add a distinctive notes of spice to the flavour of this deli-meat specialty, as they develop and harmonise throughout the maturation process.

RECOMMENDED PAIRINGS: Finely sliced, this is an excellent product to add to your board of cold cuts. Serve it as it is, or better still with crusty bread; why not add a few slices of ripe pear, which helps clean the palate. It goes well with young red wines, lively or sparkling, such as Oltrepò Pavese Bonaria.