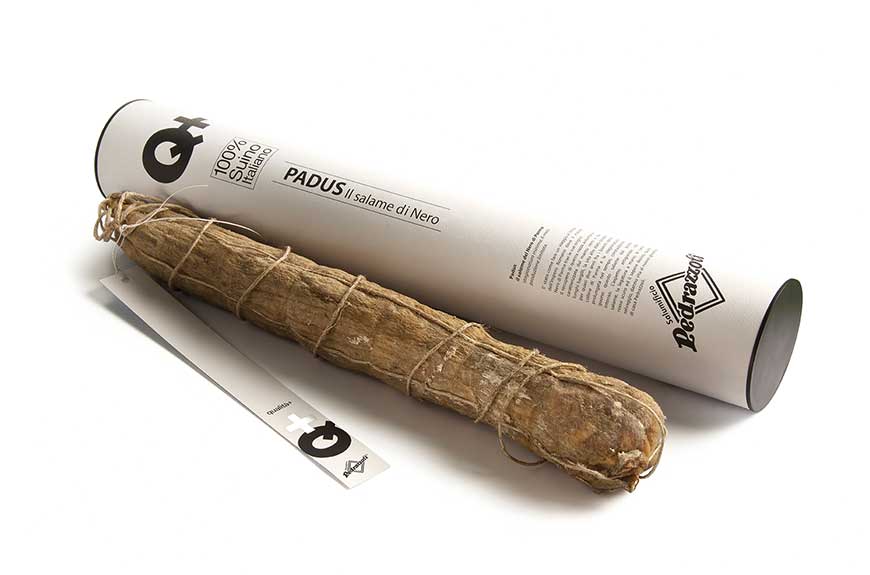 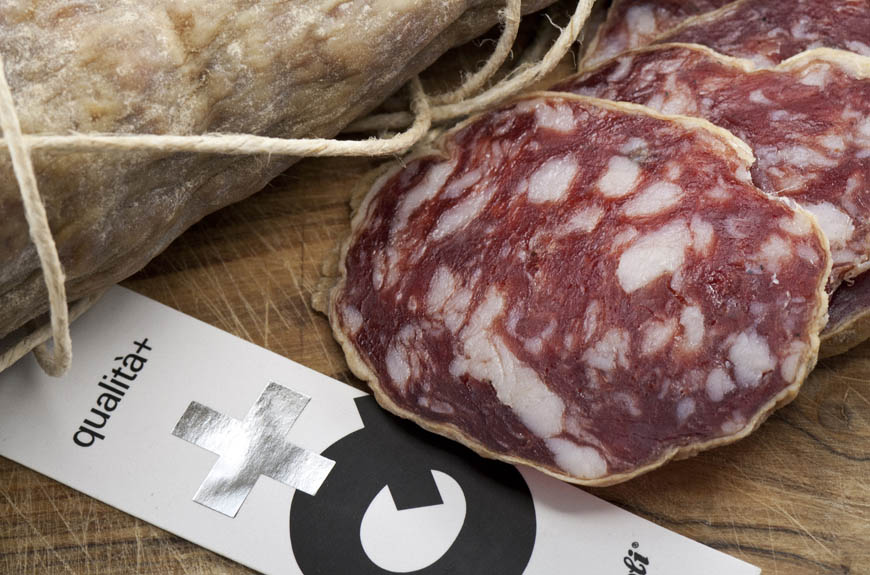 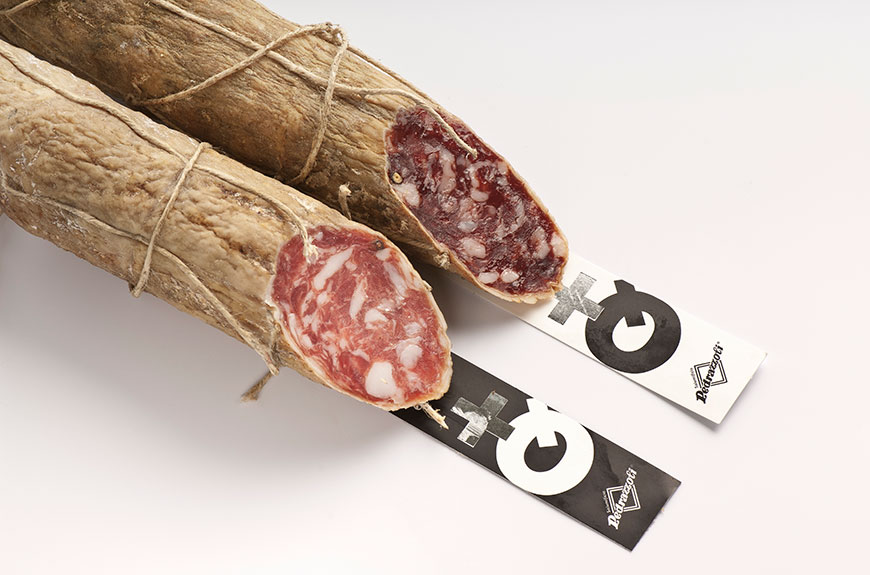 More on our Padus – Salame di Maiale Nero (black pig salami).
The Padus – Salame di Maiale Nero – which takes its name from the ancient Roman name for the Po River – is made with all the finest parts of heavy pigs reared to over 18 months around Parma (to find out more on the Nero di Parma breed, visit www.salumificiopedrazzoli.it/il-nero-di-parma/ ).  The tradition behind this salami comes from our rural lands, where the pork butchers or “mazzin” would go from house to house to butcher the family pigs and make salami.
The whole pig is used to prepare this salami (loin, shoulder, haunch. trimmings and neck), as was always the tradition among farmers making their own salami at home. All the parts of the black pig are cut up roughly, before being promptly mixed together and minced, marinated and seasoned with simple ingredients: salt, pepper, cinnamon, spices and red wine. After being left to rest for a night, the following day the meat is filled in natural casings soaked in white wine, sealed and tied by hand with jute string.Drying and maturing are slow and natural processes. For this reason, the salami are left to mature for over six months in Salumificio Pedrazzoli’s dimly lit, damp cellars.Its intense flavour with a hint of cinnamon, and the coarse texture of its grain are features which evoke the artisan deli-meats made by Italy’s pork butchers of the past, both in terms of the methods used and the unmistakeable flavour produced.
The two Padus salami in this line are packaged in elegant tubes, either black or white: a game of contrasts between positive and negative, light and dark, to satisfy all tastes. Enclosed in the white tube is our Padus di Maiale Nero “Black Pig” Salami.