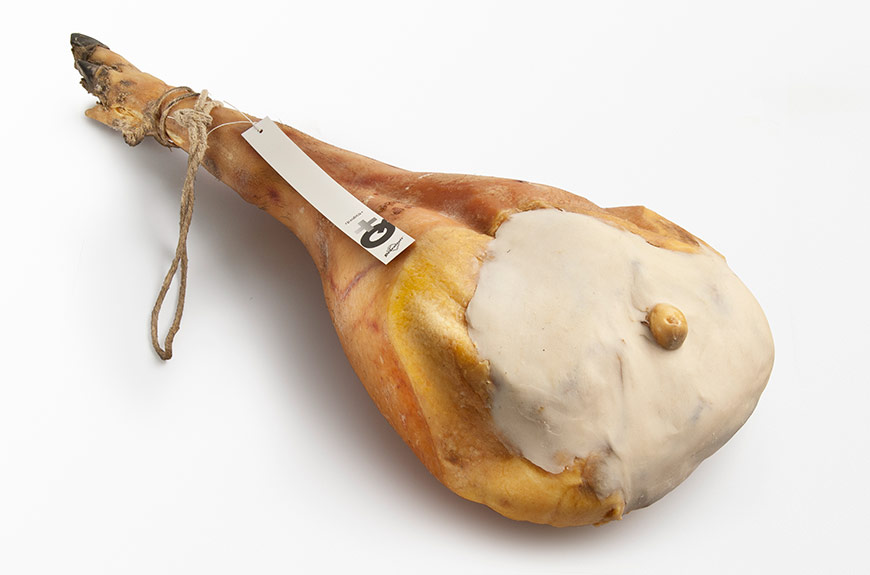 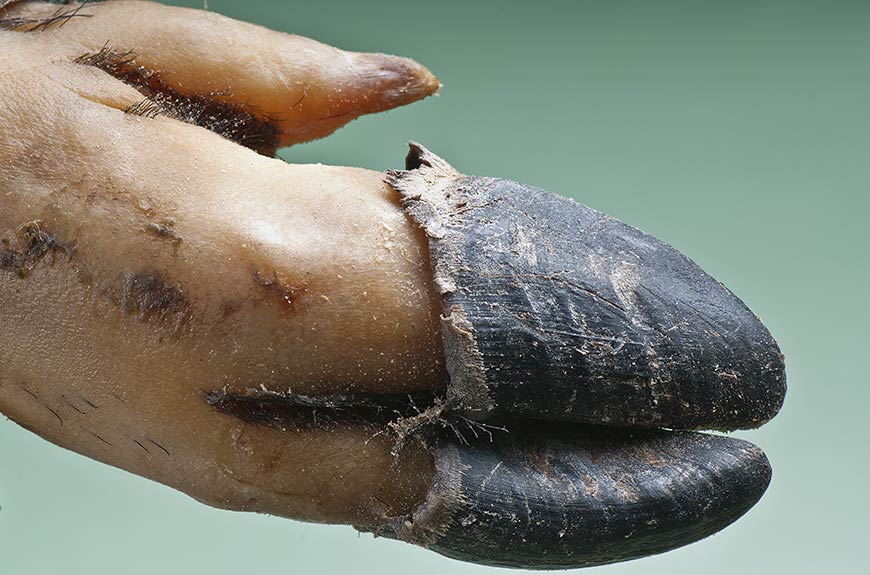 More on our Poggio – Crudo di Maiale Nero (dry-cured ham made with pork from the “Nero di Parma” pig breed).
Originally, the first dry-cured ham produced in Parma was made with the haunches of this pig, which has a black hide and an unmistakeable flavour. Because of the particularly high levels of mineral salts in some areas around Parma, such as Salsomaggiore, people were able to develop the salt-curing techniques still practised today. The word “prosciutto” (“ham”) may derive from the Latin expression “perex suctum”, which means “to dry out”, or from the local dialect “par siut”, meaning “it seems dry”.
Our Poggio is an exclusive bone-in dry-cured ham, with a characteristic dark red colour and unmistakeable sweet yet distinct flavour. The black trotter and elongated shaft are distinctive features of this native ham, the full fragrance of which is brought to the fore after over 30 long months of maturation. The external fat of the product is fairly thick and infuses the lean meat with a rare, intense flavour.

RECOMMENDED PAIRINGS: Serve as an hors d’oeuvre, sliced more or less thinly according to taste. It is best enjoyed as it is, or with fresh fruit such as figs or melon. Dry-cured ham made with pork from the “Nero di Parma” pig breed goes well with aromatic white wines, including lightly sparking varieties such as Malvasia dei Colli di Parma or Malvasia Istriana; however it can also be enjoyed with light, fruity reds.