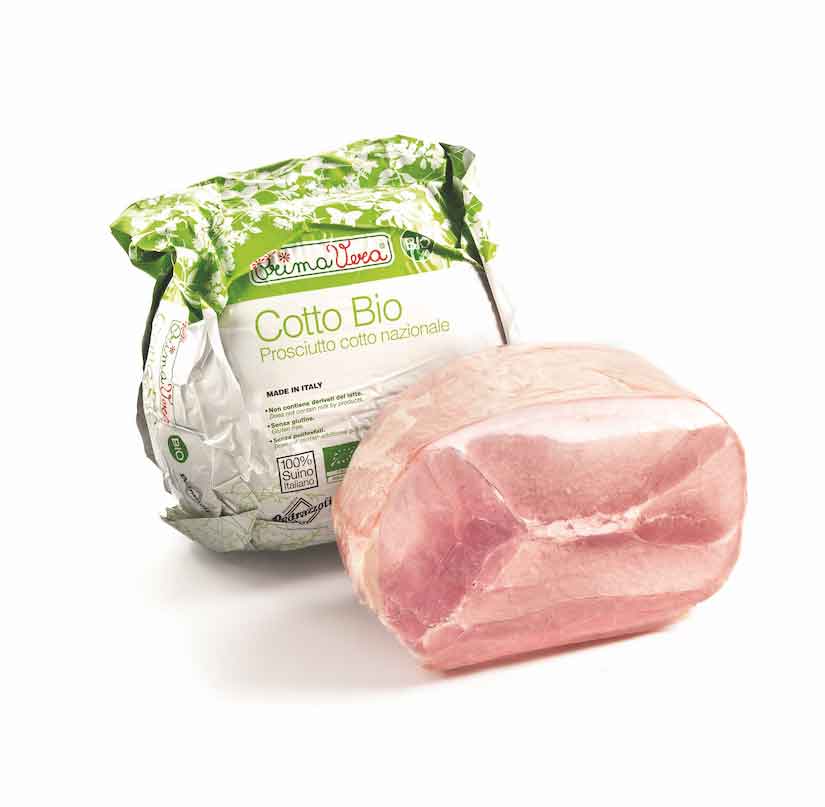 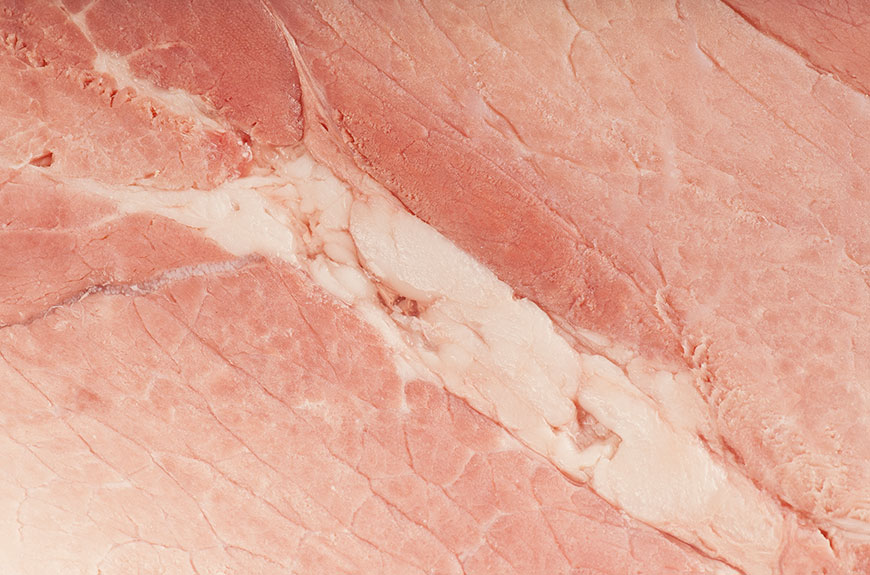 More on our organic cooked Prosciutto Cotto Nazionale Bio ham:
Cooked ham has a very long history; it is even claimed that the Romans were the first to cook this cut of pork taken from the animal’s haunch. The process involved boiling the meat with dried figs and bay leaves, before covering it with honey and cooking it in pastry. . It is also possible that the Romans took the basic idea of cooked ham from the ancient Lombards, or some other of the Barbarian populations being gradually absorbed into the Empire; it is no surprise that the regions which produce the best quality cooked ham, in light of their long tradition for the specialty, are: Friuli Venezia Giulia, Lombardy, Piedmont, Liguria and Emilia-Romagna.
It is made from pork haunch, the same cut allocated for ham, cut below the femur, deboned and with the foot removed.The hams are then placed in special moulds which give them their characteristic pressed “pear” shape. The next phase is steam cooking, after which the hams are left to cool before being packaged.
RECOMMENDED PAIRINGS: It goes well with well-structured rosé wines, such as Alezio from Apulia, or with young red wines like Grignolino d’Asti or Monferrato Casalese from Piedmont.