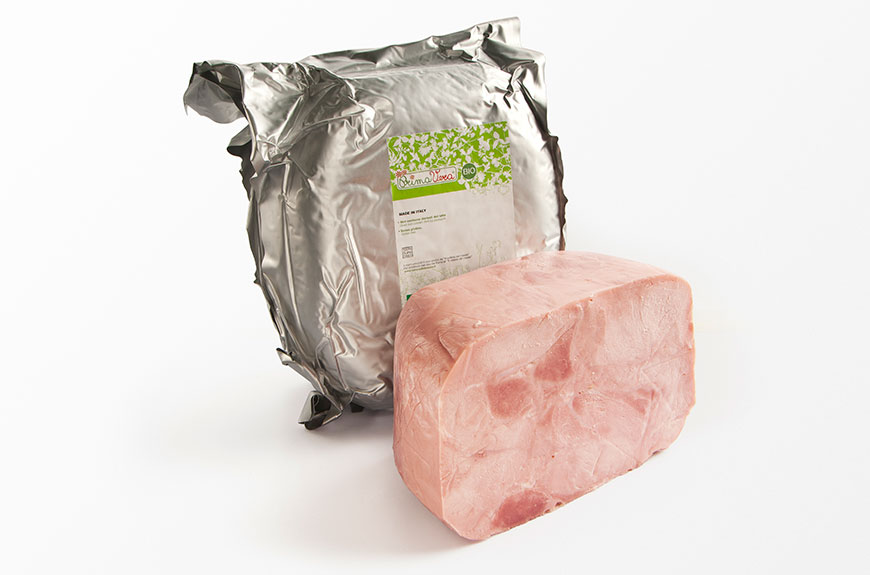 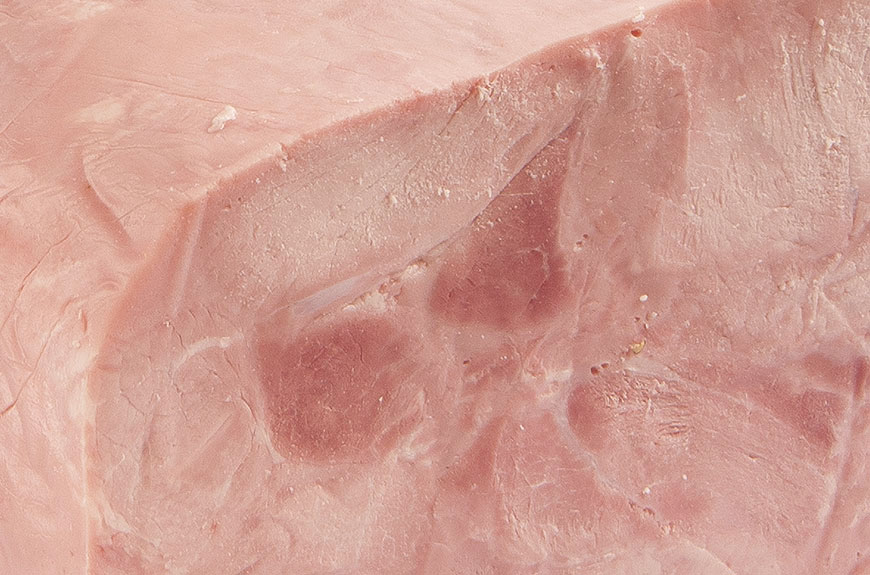 Cooked ham has a very long history; indeed, it is believed that the Romans were the first to cook this cut of pork taken from the animal’s haunch. The process involved boiling the meat with dried figs and bay leaves, before covering it with honey and cooking it in pastry. It is also possible that the Romans took the basic idea of cooked ham from the ancient Lombards, or some other of the Barbarian populations being gradually absorbed into the Empire; it is no surprise that the regions which produce the best quality cooked ham, in light of their long tradition for the specialty, are: Friuli Venezia Giulia, Lombardy, Piedmont, Liguria and Emilia-Romagna.

The name “Ristocotto” refers to the fact that the product is mainly intended for use as an ingredient in many dishes since it is a particularly lean and delicately flavoured one.

Defatted cooked ham from the lean muscles near the haunch.Completely free from subcutaneous fat and rind, this product is particularly light and lean. Created with the modern family in mind, it can be eaten as it is, in fine slices.

RECOMMENDED PAIRINGS: With its particularly delicate flavour, it is perfect in sandwiches or on toast, and is also a convenient cooking ingredient. It can be eaten as it is, finely sliced or cut into cubes with mixed vegetables.

*In line with organic regulations